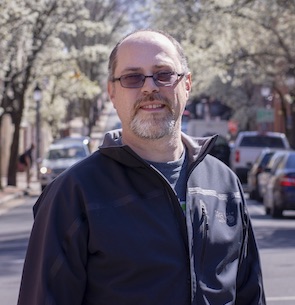 Matthew Hanson started studying photographic science in the early 1990’s, when traditional photography was being replaced with digital imaging. This led to further studies into remote sensing and digital image processing where he worked developing algorithms in registration detection, identification for government applications.

In 2010 Matthew transitioned to working on earth science applications – climate change, biomass estimate, machine learning for agriculture, but most importantly he worked on making it easier for scientists to use remote sensing data so they could spend their time doing science, not software.

Matthew attended his first FOSS4G in Denver of 2011, and since he was worked as a contributor on multiple Open Source projects. In his years at Development Seed he worked on NASA’s Cumulus to move processing and distribution of Earth Science data into the cloud. He started working on the STAC standard for improving discovery and use of geospatial data, and developed a family of tools, called sat-utils to support the emerging STAC standard.

Matthew is now a Software Engineer at Element 84, where he works on developing geospatial processing frameworks in the cloud, continuing work on open standards and developing open source tools to support Open Science.